Approximately one year ago the Boston Marathon opened doors for not only Rainier Fruit, but Rainier customer Joe Mazurkiewicz of US Foods.

It was just about one year ago that Joe accepted a new job at US Foods and one of the first things he did is get to know one of his-coworkers and some of the Rainier Fruit team by joining us in Boston for the Boston Marathon weekend.

“What a cool experience to connect with a co-worker by cheering him on as he ran the Boston  Marathon and to witness values in action as Rainier Fruit showcased their apples on a national platform to some of the most dedicated and focused athletes in the U.S. I instantly felt the excitement that the whole Boston community delivers to celebrate the focus and perseverance of every runner.”

It was this relationship and first experience that solidified not only Joe’s relationship with Rainier Fruit, but his interest in the Boston Marathon.  It didn’t matter than Joe had never exceeded an 8K…he was going to find a way to run Boston. He had hung out in the Commons, took in events like the Pasta Dinner and cheered at various points along the route. The energy was unmatched and he knew this had to be a goal.

Joe had never been a runner, but as an adult found recreational running about 6 years ago as a way to get in shape and spend some time with friends. Through a Couch to 5K program Joe was able to begin a recreational program that included lots of local 5K’s, three Tough Mudder’s and Chicago’s famous Shamrock Shuffle. But through his relationship with the Chicago Area Runners Association Joe realized that a marathon was possible and Joe signed up to run his first marathon in October through his volunteer work with the Chicago Chapter of the American Heart Association. 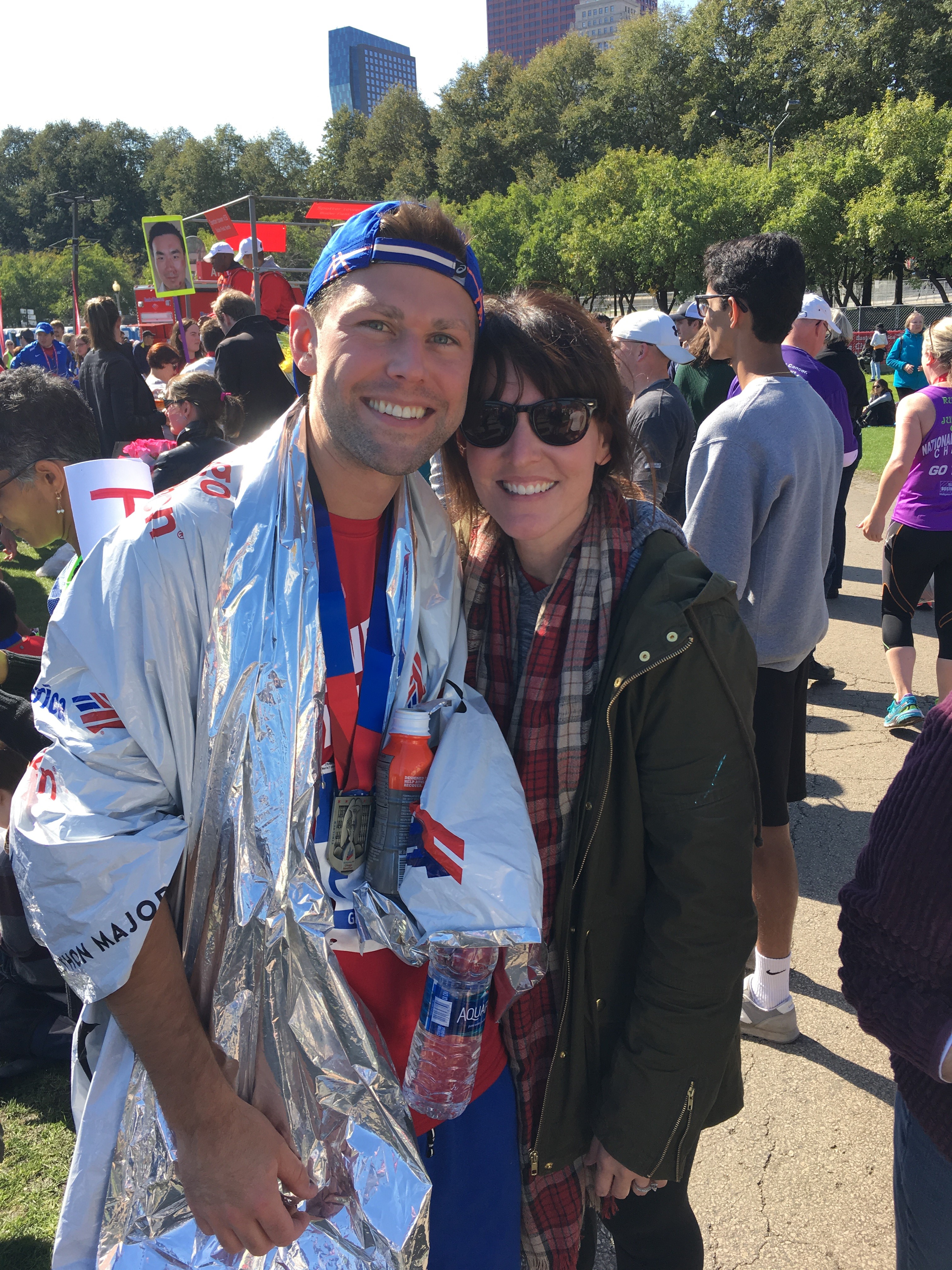 Joe’s kinship for the Heart Association grew from his own personal story that included the loss of his brother at just 3 years old to hypoplastic heart syndrome. Joe trained with a team and helped raise money to run in memory of his brother understanding that so many would never have the chance to run – he could run for them.

It was in October, right about the time that Joe was getting ready to run the Chicago Marathon that he learned that the opportunity to run Boston might be on the table.

“I knew that Rainier was offering opportunities to run Boston and nobody would ask me.   Everybody felt that since I was running Chicago I wouldn’t want to run Boston. I made sure that everybody knew I wanted it and I would make it happen. That’s the thing about goals – you put them out into the world and make sure people know it.”

Well, once Joe told us he wanted it – we knew he’d make it happen and he was Boston Bound. The typical marathon training program is about 18 weeks long. Having just finished Boston, Joe needed a little bit of a mental and physical break from training and took some time off to heal and relax through the holidays jumping right back into his training in mid-January and he’s been going strong ever since, with the exception of the typical aches like runner’s knee and IT band issues…all of which he’s working through.

Running didn’t start out as a hobby and despite his goal to run Boston…running has become more of an active pastime. Joe hopes to work some destination marathons into his schedule…places like runs in the mountains or picturesque Big Sur, but mostly Joe’s goals for running today are about being active with his kids and inspiring them to have fun and be healthy.

When marathon training is over and he’s cut back on the mileage starting on April 19th you can expect Joe to start spending a few more hours on his other hobbies including fishing and coaching his girls sports teams, including tee-ball and soccer.

“A few years ago I’m not sure I could have told you what it meant to be Wholesome to the Core,  but today as a father, it’s about if you say you are going to do something – it’s about doing it. It’s about conducting myself in a way that I am proud of and setting an example for my daughters.”

It’s clear that thanks to Joe’s willingness to answer when someone knocks Joe has found an active lifestyle; it has allowed him to support charitable causes important to him, to reach his goals and most importantly to inspire a healthy lifestyle for his family.

Lots of things in life come at us. It’s hard to know what opportunities are the right opportunities…but we can’t be afraid of what the future holds. Be bold, answer the door and walk through. Joe is a strong example of the character exemplified by so many of our employees and customers. Together we learn that the character to do the right thing and conduct ourselves in a manner which we are proud of continually creates rewards for everyone around us and is the foundation of the healthy products we grow.

Here’s to you Joe – run fast, be Boston Strong and keep living Wholesome to the Core.