MORE THAN AN APPLE, A NAMESAKE

Nature is never simple – but the outcomes can be remarkable. Nature has a way of combining the right elements and the right conditions to create something perfect. When Alice Zirkle and her family left Virginia’s Shenandoah Valley in 1888, she couldn’t have known that generations later her family would be one of the leading apple growers, but something inside her pushed her to head west, across the country. Perhaps it was the same force of nature that produced her namesake apple nearly 100 years later.

Lady Alice wasn’t produced in an apple-breeding program, like many varieties. Instead, she was a gift from Mother Nature and her best worker, a cross-pollinator, a bee. This gift showed up in one of our orchards in 1978 when a farm manager noticed a unique seedling springing from the trunk of a damaged tree. The Zirkle family preserved and propagated that chance seedling, now named for the matriarch who planted the family roots where they would thrive. 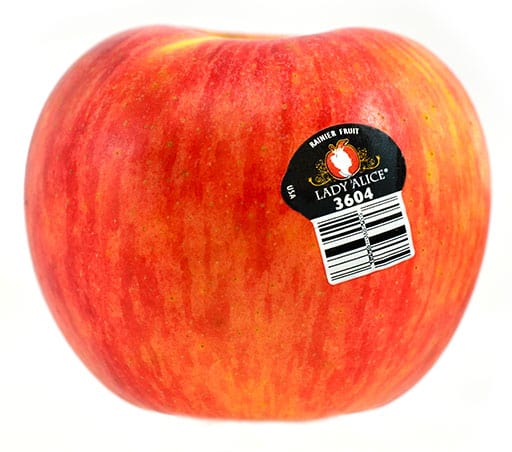 MEET SOME OF OUR GROWERS